MASI Trading has now been an Alibaba.com Gold Supplier Member for 8 years.

The Australia Brazil Business Council Awards aims to identify and recognise the best companies and individuals that made a difference in trade and the community, showcasing inspiring companies, along with the most innovative and effective initiatives.

MASI Trading has been nominated for one or more categories of awards. Participating companies and individuals will be in the running to win awards for a range of categories, that showcase excellence in export, innovation, capital and social enterprises. 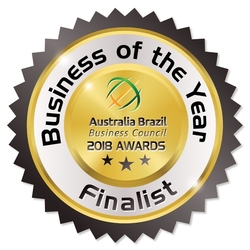 FTAs can cover entire regions with multiple participants or link just two economies. Under these agreements, parties enter into legally binding commitments to open access to each others’ markets for goods and services, and investment.

Australia concluded negotiations of the Trans-Pacific Partnership Agreement in October 2015. This agreement will enter into force following completion of each country’s domestic implementation processes.

Strong growth with exports to Asia have pushed predictions to stand above 2.5 billion for 2018.

Our suppliers are certified by the following organisations